Showing all news posted in December 2012.

On 1 December 2012 Alston Murphy was officially twenty years old and I’ve been having a few of those, ‘where did all the years go?’ moments recently, as I look back to when I started up on my own.  It was during a recession, as I recall, the second one I’d experienced in my working life. 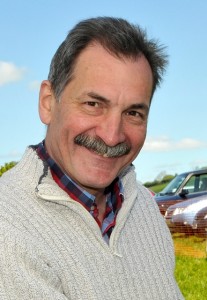 Of course, there have been a lot of changes in all those years, not least the emergence of more rules and regulations in the industry, many of which have raised standards and expectations, as a whole, and many which seem to have no intrinsic value, whatsoever!  (In my opinion!)  Certainly, the Architect’s role is changing and evolving and Architects, themselves, need to take more control of where their responsibilities are heading.   It’s probably the same with every profession, but the paperwork seems to be never ending: forms, copies of forms, applications, copies of applications, warranties, copies of…  (Where’s the ‘paperless society’?)

With so much correspondence now sent by email, technology has certainly impacted on formal, posted letter writing, with the result that Architects have more basic admin to do every day, rather than being able to get on with their actual job.  And, of course, the convenience and immediacy of the email creates the problem of ‘immediacy’ and ‘convenience’!  A Client or a Contractor might ask us to forward existing information to a third party, the implication being that because this will be by email it will simply require a quick click of ‘send’ and it’s done.  A mere minute of time.  No consideration is given to the fact that information might have to be gathered from different sources, extracted from other filed emails, edited for relevance and then compiled into the ‘quick email’ requested.   Needless to say, you’ll probably have had a couple of emails chasing your response in the time it’s taking you to compose your reply!  Everything is urgent; everything needs an answer – now.  I could spend my day just replying to emails and forwarding information without once having time to look at a drawing or discuss it with a colleague or come up with a solution or an idea.  Crazy. END_OF_DOCUMENT_TOKEN_TO_BE_REPLACED

Bruce Richardson retired from Alston Murphy after 17 years with the Practice.  He was presented with a triptych of vintage photographs of The Side, Grainger Street and the Bigg Market, all places where Alston Murphy has had their office over the years.  He also received a chronograph watch, so now he can time exactly how long it takes to get the hoovering done!

Posted on December 3, 2012 in the category(s) Latest News

Congratulations to Meldrum Construction Services on a fabulous Demolition Ball on Saturday 24 November at the Discovery Museum. 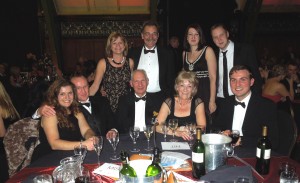 The Ball – so far – has raised over £15,000 for The Princes Trust, a Charity dedicated to giving practical and financial support to 14 to 30 year olds who have struggled at school, been in care, are long term unemployed or who have been in trouble with the law.

A fabulous Charity and a fabulous night, so congratulations to everyone at Meldrum’s.  Alston Murphy were also celebrating the 20th Anniversary of the Practice and were happy to support the Demolition Ball and have a bit of a knees up, as well.